Noto: A local’s guide to the Baroque capital of Sicily

A local's Guide to Noto

The Baroque Capital of Italy

Our Local’s guide to Noto – travel advice to the Sicilian capital of Baroque, from those that know it best. What to do, where to eat and what not to miss.

The crowning jewel of the Val Di Noto UNESCO world heritage site, the city of Noto is famed for its abundance of extravagant baroque architecture. For art lovers, an aimless walk through the winding backstreets to appreciate the ornate architecture is a must.

And For foodies, Noto is also a great town for eating out. The town offers a diverse mix of modern and traditional Sicilian cuisine, and we recommend trying both. Lunch in a traditional trattoria and then dinner at one of the modern, creative eateries is a great way to enjoy a day in town.

Noto: A story of devastation and rebirth.

January 11th 1693, 1.30pm, the inhabitants of the Val di Noto are struck by a second apocalyptic earthquake in just two days. The violence of the quake is devastating; reaching around 7.3 on the richter scale, it raises over 60 towns in south east sicily to the ground.

The medieval stones houses of Noto are turned to rubble after one of the worst catastrophes in the island’s history, 93,000 die, and for years after, the area is all but abandoned.

Yet, in the wake of this tragedy Noto and the region was reborn. From the rubble would be built some of the most ornate and beautiful baroque cities in Europe.

The decades after the earthquake saw a flurry of construction unparalleled in the island’s history. In these years the eight baroque cities of the Val di Noto were born, the crowning jewel of which is the city of Noto.

While most travelers stick to the main street (il corso), we recommend exploring the backstreets for to soak up a more intimate atmosphere and discovering ‘out of the way’ bars and cafes.

Although local artisans no longer make the granita from ice brought down from Etna, the town still boasts some of the best granita on the island.

Strictly a summer snack, it is the perfect refreshing break from a spot of sightseeing.

One of the highlights of the event calendar in Noto, the town turns it streets to an open air (flower) art gallery.

Making the most of Noto

Tips on the best things to do… 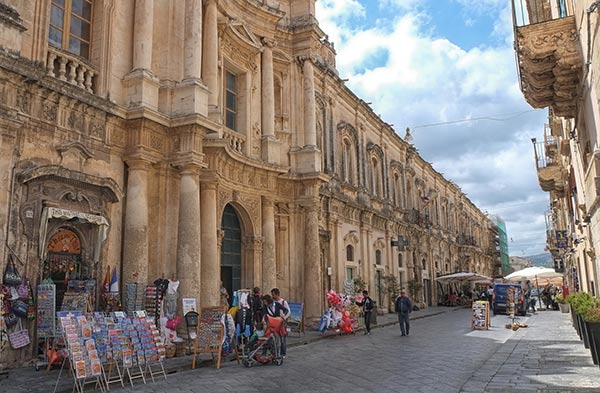 A meandering walk through the streets

On of the best way to enjoy the town is via a lazy stroll along the elegant corso and down the narrow backstreets.

The best place to start is from the eastern end, taking in the beauty of the elaborate facades of the private houses and ending in the square beneath the Cathedral.

Then wind your way up and down the backstreets taking in the peaceful atmosphere, stopping occasionally to marvel at a the elaborately detailed griffins, horses, nymphs and cherubs carved into the doors and facades of the houses.

Tucked out of the way cafes selling granita and ice cream.

A walking tour is a great way to learn more about the history behind the beauty of Noto.

A baroque colossal standing majestically above the skyline of Noto, Il cattedrale di San Nicola may be the most impressive of the many churches of the town. Perched atop a sweeping stairway on the western end of the corso, the cathedral took almost 40 years to finish in 1776.

Plagued by collapses due to earthquakes over the centuries, the reconstruction efforts have mixed in classic and roman touches with the baroque original design. In fact, the most recent collapse of the dome roof in 1996 appears to have been caused by those restoration efforts.

The damage to the church interior after the recent collapse lead the walls to be repainted white. Though perhaps a little disappointing without the ornate murals and artwork but the church is still a marvel to behold.

See how the Nobles lived at Palazzo Nicolaci

Take a trip back in time and see how the nobles lived.

The Palazzo Nicolaci is a unique experience not to be missed. Few private dwellings from the era are open to visitors and many have fallen into disrepair. While, the former home of the Nicolaci family has been restored to the finest detail, including historicaly accurate furniture, that recreates the lives of the counts and barons of the day.

Entrance to the ‘palace’ costs four euros, allowing you to explore the spectacular rooms and garden and, if your timing is right, includes a guided tour.

Take in the View from the bell towers

Head up and away from the crowds to see the town from it’s best angle – from above.

Several of the churches in the town allow access to the bell towers, offering exceptional views of the Noto skyline and landscape.

A short climb up the spiral staircase of the churches of San Carlo Borromeo and Santa Chiara offers the best view of the town’s main cathedral and corso from slightly different angles. While higher up the hill, the panorama from the towers of the Church of Montevergine includes a spectacular view across the rooftops and down to the sea.

Of course, each one of the churches are adorned in the typical extravagant baroque style, which is a reason to visit in itself.

Local food at the Farmer’s market

Rub shoulders with the locals as you browse the stalls at the Friday farmer’s market.

In our opinion one of the best ways to get to know a place is through it’s food. And what better way to enjoy the best of local products but to go straight to the source.

From 3pm until 8pm, Noto’s gardens (La villa comunale) hosts local food producers selling some of the best produce from around the region .

Look out for veg from the Iblei region and cherry tomatoes from Pachino – they are famed for their quality and flavour. Also look out for traditional Sicilian cheeses such as caciotta and provola made from buffalo’s milk.

Maybe one of the best restaurants in Noto, the Crocifisso serves traditional Sicilian dishes with a modern twist. The passion for the flavours of his home region and a keen eye for a beautiful plate has earned Chef Baglieri a Bib Gourmand from Michelin and plaudits from Slow Food.

Situated close to Piazza Mazzini, the restaurant serves a variety of seasonal produce and for the quality, the price is excellent.

For great traditional food with a modern twist, travellers to Noto are spoilt for choice. Situated in the former kitchens of the Palazzo Nicolaci and recently restored, Ristorante Manna is a stylish eatery in the heart of baroque Noto.

The chef serves fish, meat and pasta dishes according to the season but don’t expect a cheap meal though. But the good food and the historic location makes it worth it.

Pizza is always a sure bet to make the kids happy. Pizzeria Casa Matta is a traditional pizzeria popular with the locals and often missed by tourists arriving in the area. There is lot’s to keep the kids happy and full and for the grown ups there is a good selection of wines and interesting food from the restaurant.

For a quick pit-stop while you wander the town, check out Arancini planet. Here they serve typical Sicilian street food on the go and made fresh; bulging arancini, calzone and pizza al taglio. Delicious Sicilian fast food, simple. 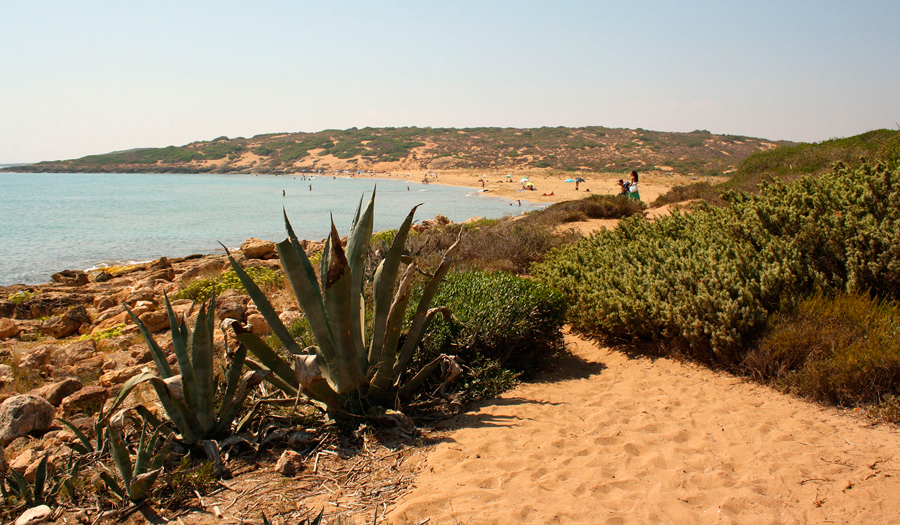