The best time to see the real Sicily

With the best weather in Sicily, a wealth of winter traditions and a unique beauty seen only in the ‘low season’, South East Sicily is the perfect place for a winter break and a much needed boost of vitamin D. 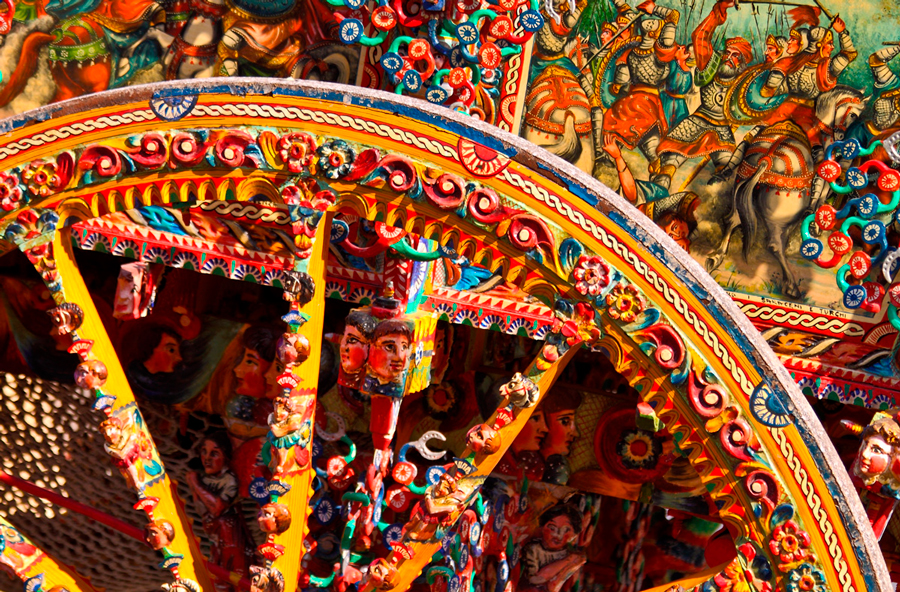 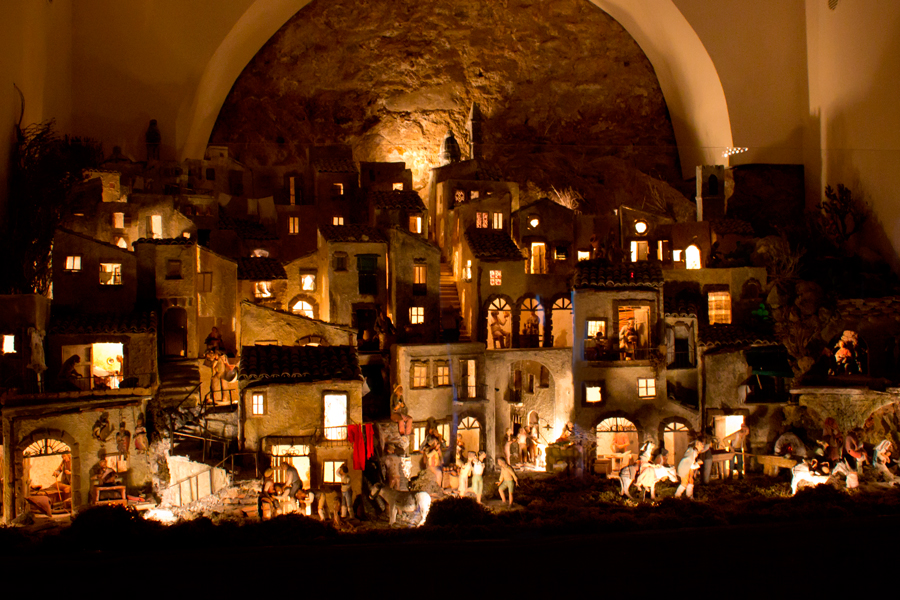 Marvel the kids with intricately decorated nativity scenes to put the best toy set to shame. 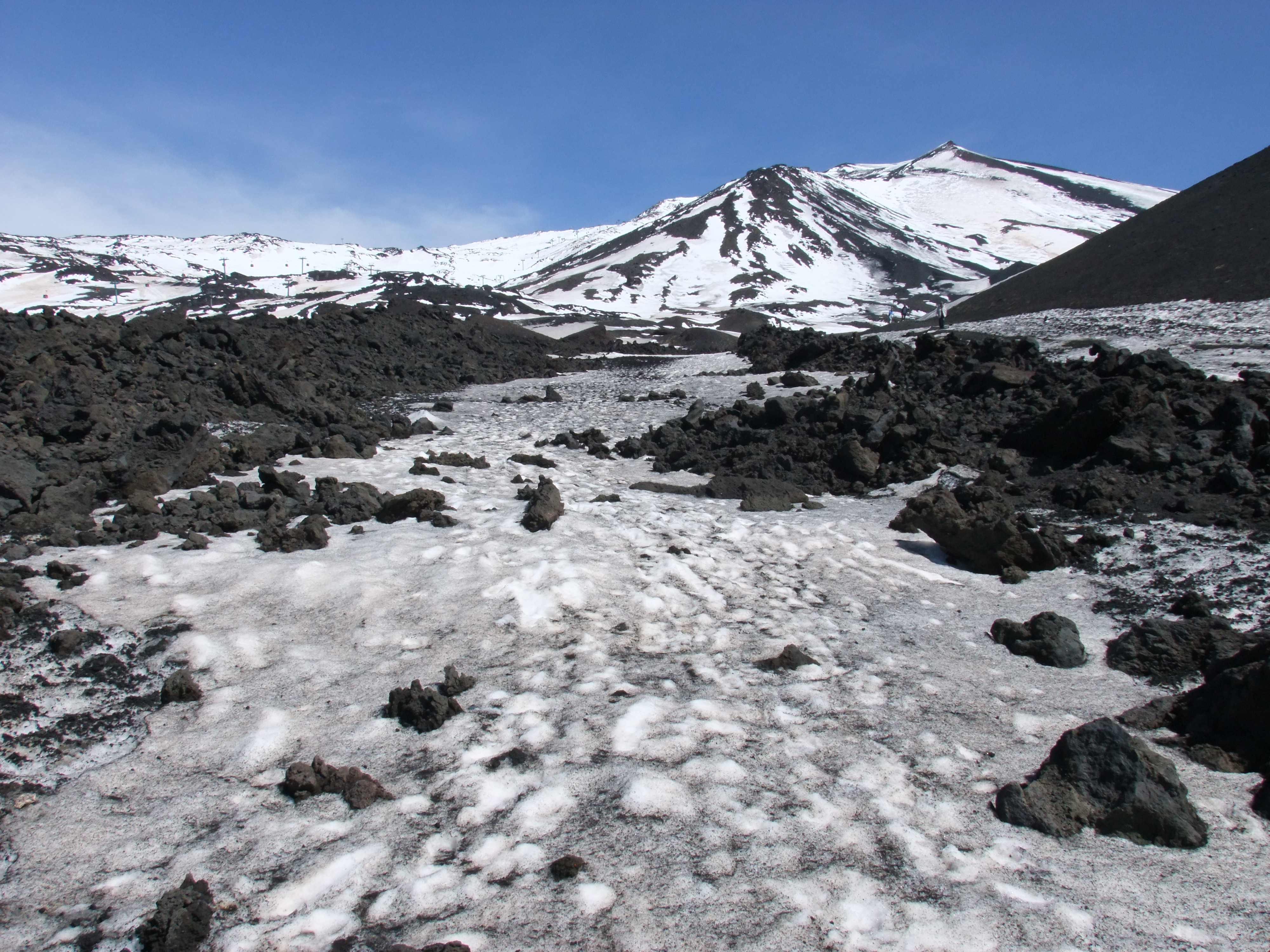 Etna at her most beautiful. Ski or snow hike along the roof of the med.

Something for the adventurous of all skill levels. 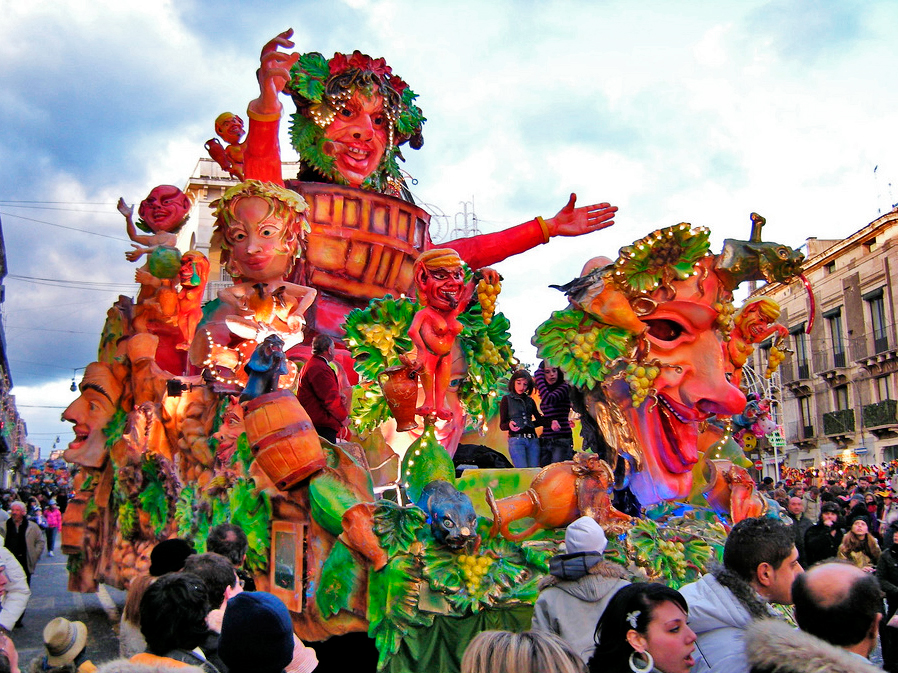 Good-hearted mischief at some of Italy’s biggest and oldest carnivals.

The party travelers young and old. Great event for kids.

Winter Sunshine and the authentic Sicily

It’s cold, dark and wet. The warm summer sun seems like a distant memory and you’re feeling the the itch to escape the grey skies.

Just a short hop from away, south east sicily is the perfect place for some warm winter sunshine.

At the same latitude as north africa, the south-eastern tip of Sicily enjoys the best winter weather in Italy. While chilly for swimming, average temperatures throughout the winter remain above 15C and on really warm days can reach 20 plus.

Travellers coming here during the ‘low season’ will find a more authentic Sicily; with tourism over for another year, locals relax and return to normal life. The beautiful baroque squares and streets of Noto and Siracusa are now calm and their beauty can be properly seen.

As friends visiting from the UK once told us; the most amazing part of visiting in winter is that the “art, architecture and history is all for you. It’s like a private museum.”

But that doesn’t mean it is quiet. Far from it. Winter is a period of celebrations and festivals on the island. A time when Sicilians devote ourselves to family and community and keep alive age old celebrations. And when there is a party, there is always plenty of food.

Of course, to discover this hidden invernal side of Sicily, you need to know where to look. So we put together a guide of ‘little known’ winter highlights, to help you plan your warm winter escape to Sicily.

The best time for some winter sun is November, February and March when on warm days temperatures can reach around 20C. January is the coldest and wettest month of the year in south east, but average temperatures still remain around 15C.

Winter is a great time for sea food. While eating out along the coast, be on the look for sea urchins, a local specialty, and freshly caught sea bass (spigola) and sea bream (orata).

To travel by public transport in winter is possible but difficult, as with less tourism, services are reduced. If you plan on exploring some of the spectacular sights of the region, renting a car can make life a lot easier.

The browning of the leaves marks the beginning of the autumn and winter food festivals – the Sagra. These ancient traditions are local events, held in the piazza of towns across the island. Communities show off the gastronomic specialties of their region with music, dancing and fireworks.

One day is of particular importance, in this season of festival: San Martino, 11th November. The holy day of Saint Martin and traditional date of the opening of the vino Novello (new wine).

The wine from the September grape harvest has matured for several months and is now ready to be tasted. Barrels of Nero D’avola, made by local producers, are rolled into town squares to be shared with, and judged by, the community.

For travellers the festival season is an opportunity to discover a wealth of traditional foods, mingle with locals and delve deeper into local life.

Where better to celebrate San Martino and the opening of the new wine (vino novello), then in Avola, the capital of Nero D’Avola wine. Producers from around the region descend on the town’s square to show off this seasons crop.

While food stalls serving baked ricotta, chestnuts and frittelle provide the perfect accompaniment to a glass or two.

Out of season the streets of the Baroque towns of the Val di Noto lose the crowds, but none of their beauty. In fact, without the tourists, winter is the best time to appreciate the fantastic art and architecture of the eight towns that make up this UNESCO world heritage site.

The eight cities of the Val Di Noto are Caltagirone, Militello Val di Catania, Catania, Modica, Noto, Palazzolo, Ragusa and Scicli. With the exception of Catania, which is Sicily’s second largest city, winter travellers to the region will find the magnificent streets of these towns calm and quiet.

In Noto, the capital of the region, outside bars and cafes locals sit, sipping coffee, chatting and warming themselves in the winter sun. Elderly gentlemen, cluster around benches in the picturesque squares discussing the issues of the days. Life, without the tour groups, continues as it has done since the region was reconstructed after a devastating earthquake in 1693.

Perched high on the Ibla mountains, Modica is famous as the home of a rich dark chocolate that is produced only here using traditional techniques. Before exploring the steep, ivory streets of the town, it’s a good idea to visit some of the oldest chocolatiers in Sicily for a valuable energy boost.

While many people arriving in the area head to Ragusa, Modica and Noto we recommend heading to lesser known Castilgirone. The hill top town is famous for its tradition of intricately painted ceramics, and is the perfect place to pick up a unique souvenir or two.

Etna in the Snow

The glory of Sicily and the biggest volcano in Europe, Mount Etna is arguably at its most spectacular in the short period of the year when snow caps its upper slopes. From the end of November until as late as May, snow covers much of the volcano, turning the barren lunar landscape above 2000m, white.

After several days of meandering the baroque streets of the Val di Noto, you may start feeling insensitive to the architectural charms of the area, at which point it is time for some adventure.

While the lower slopes are open to be explored, the very real danger of eruptions mean means that to go higher you must be accompanied by a guide.

This time of year, you can slip on some snow boots of jump in a 4×4 to explore the slopes. Depending on your operator you can explore ancient lava caves, dip your toes in geothermal streams and explore the lunar landscape above 2000m. You can drive, or get the bus, from Catania to Rifugio Sapienza to start your tour.

As holiday trumping stories go, skiing on one of the most of active volcanoes in the world must be up there. Etna has two ski slopes, on the southern side there are the slopes of Nicolosi at 2700m and to the north at 2300 the slopes at Linguaglossa.

If you are thinking of heading up to see Etna under ice, then you will want to go with a guide.

The lower, snow free, slopes are open to anyone looking for a relaxed walk and you can take the cable car to go higher. There are guides that will take you skiing and off-roading all you need to do is work out where best to start.

Every family has their own presepe, and walking the streets this time of year they can be seen almost everywhere, in shop windows, outside houses and in town squares. The practice of celebrating the birth of jesus by recreating the a scene from the nativity dates back to the 11th century, when St Francis of Assisi commissioned the first.

In the centuries after, the practice spread throughout Italy. As it spread, the tradition found its spiritual home with the artisan of Naples and Sicily. It was here that that italian passion for aesthetics turned the craft into an art form in its own right.

Driven by friendly competition between towns and regions, generations of presepe artists worked to make their work ever smaller and more detailed. Artisans experimented with materials and techniques, with each developing their own signature themes and styles.

In Siracusa, where apiculture is a common practice, the statuettes are made of wax and ornately decorated with gold and silver accesories. While in Caltagirone, a town famous for its ceramics, the figurettes are made from terracotta.

The scenes depicted in the presepe vary widely in complexity; from a simple manger and the key characters, through to elaborate townscapes including townspeople, running water and electric flickering lights.

During the festive period, many towns host events to celebrate the nativity with presepe, living and carved. However, the most impressive in the region can be found in Siracusa and Caltagirone, where work from some of the most important artists in Sicily is on show.

If you want to learn more from the artists themselves, Giovanni Leone, whose work is registered as part of Sicily’s living heritage displays his work at the museum of presepe in Palazzolo Acreide.

Party season in Italy is a national event that extends north to south, with some of the most spectacular traditions right here in the South East of Sicily.

When someone mentions Carnivale in Italy, you probably think of the masked parades of Venice. But, Carnivale here in Sicily dates back to the 15th Century, with the first on the island happening in Palazzolo Acreide, right here in the province of Siracusa.

The tradition in the town stemmed from a simple procession in praise of the Madonna over 500 years ago, before evolving into a six day festival complete with allegorical floats, masks, music and dancing.

Carnivale is a celebration for the mischievous. For the week, a kind of playful delinquency is encouraged, a bit like April fools day. Outside the festival towns groups of excited children roam the streets plotting tricks, setting off firecrackers and covering cars in shaving foam.

As the tradition has it, it was a period for role reversals; men and women, rich and poor, noblemen and commoners. The point was, and ever has been, to laugh at ourselves and the authorities and indulge in some socially acceptable mischief.

At the bigger carnivals on the island, folk and tarantella bands provide music from early until late. There are games and competitions for kids and masked balls and dancing for the adults. And of course, local street food is in abundance.

If you don’t think you could last the whole 6 days of partying at most carnivals, aim to go toward the end. The end of the celebrations are often capped with the burning of a carnival float and spectacular firework shows.

The Carnevale at Acireale, near Catania, is probably the most spectacular on the island. For two weeks the baroque streets are an anarchic explosion of colour, noise, smells and people.

The huge, mechanised floats -unique in Italy- are the highlight of carnivale here. Master craftsmen dedicate the year prior, to their design and creation. Intricately detailed and often grotesque as they are beautiful, each float, with moving parts and bright lights, is a satirical critique of the world as it is today.